Jordan is considered one of the leading developing countries in the Middle East, particularly in regard to its healthcare services, education programs and standards of living. However, the country’s populace suffers from relatively high rates of unemployment and poverty. In 1946, Jordan was officially recognized as an independent state known as the Hashemite Kingdom of Jordan. Since then, Jordan has served as a safe haven for refugees fleeing conflict in neighboring countries, including Palestine, Iraq and – more recently – Syria.

According to the United Nations High Commissioner for Refugees, Jordan is home to nearly two million Palestinian refugees, almost one million Syrian refugees and around 400,000 Iraqi refugees. Refugees face the painful burden of poverty in Jordan. Unfortunately, the exodus of hundreds of thousands of new refugees has overwhelmed the Jordanian government and agencies who lack the resources to provide services at the required scale. The Jordanian government and international relief organizations have launched initiatives to assist refugees through different training and work programs, housing projects and citizenship.

Our Programs in Jordan

Donate to support this program 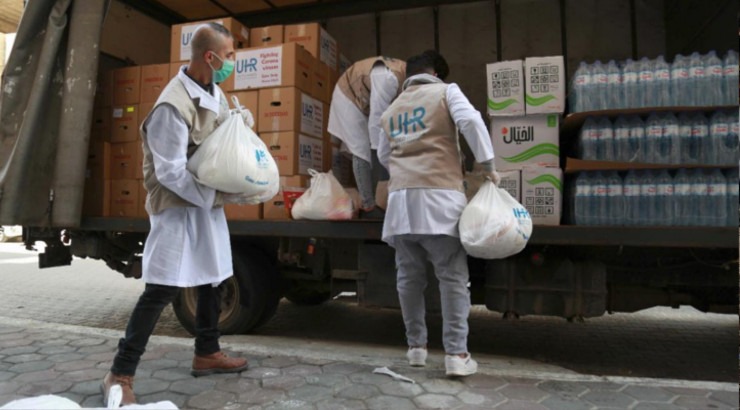 In response to the potential spread of the novel Coronavirus in the Gaza Strip and Jordan, United Hands Relief delivered 1,000 customized food parcels to families under quarantine, with a [...]

45 plus Syrian Refugee families in Jordan were abandoned

45 plus Syrian Refugee families in Jordan were abandoned by their sponsors and urgently need our support to survive.   During the seven years of conflict in Syria, over 660,000 [...]
Load more